The Washington Post and Newsy announce ‘Election 22: What Matters’

WASHINGTON, D.C. –The Washington Post and Newsy today announce a new 30-minute political show, “Election 22: What Matters,” that will deliver a detailed look at issues impacting voters across the country. It will debut Sept. 9, 2022 and run for nine weeks leading up to Election Day in November.

Each week, “Election 22: What Matters” will focus on a different topic relevant to the elections, such as the economy, inflation, reproductive rights, healthcare and the state of democracy at large. The Washington Post’s “Democracy Team” will be featured prominently in the series, with reporters based in Georgia, Arizona and Wisconsin who will collaborate with others on The Post’s National staff to uncover the top issues at stake this election season. Reporting will also come from Newsy’s 14 bureaus across the country. Washington Post news anchor Libby Casey and Newsy political director Andrew Rafferty will co-host the program. 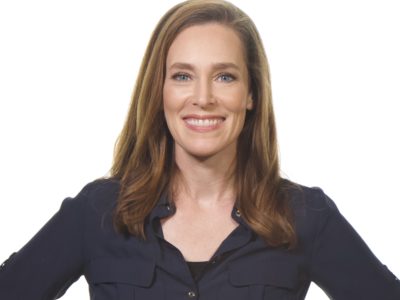 “Through a combination of our newsrooms’ resources and our reporters’ on-the-ground interactions with voters, this show will get to the heart of what Americans care about this election. We feel strongly about highlighting communities and perspectives that are often left out of these important moments and look forward to extending this coverage to Newsy’s vast digital and TV audiences,” said Micah Gelman, director of video and a senior editor at The Post. “ ‘Election 22: What Matters’ will showcase the full force of The Post’s and Newsy’s reporting capabilities and investment in live on-air coverage.”

“Election 22: What Matters” will air at 8:30 p.m. Fridays on Newsy, a 24/7 free over-the-air broadcast news network owned by The E.W. Scripps Company. Re-runs will air at 7 a.m. on Saturdays and Sundays on Newsy through Nov. 6.

“Each episode will highlight the perspectives of those outside the so-called Beltway and throughout the heartland of this country, with insights from reporters covering those stories,” said Kate O’Brian, head of the Scripps Networks News Group. “Together, our news organizations will provide inclusive and genuine coverage from parts of this country in which national elections are often decided.”

Newsy (@Newsy) is the nation’s only free 24/7 broadcast news network, serving viewers opinion-free national news from 14 news bureaus across the U.S. Newsy is available to more than 94% of U.S. television homes free and over the air with a digital antenna, on mobile with the Newsy app and online at Newsy.com. It is also carried on an expanding array of streaming devices and services, including Samsung TV Plus, Roku, Amazon Fire TV, Pluto TV, Apple TV, Sling, Vizio and Xumo. Newsy is part of The E.W. Scripps Company (NASDAQ: SSP).

The Washington Post is an award-winning news leader whose mission is to connect, inform, and enlighten local, national and global readers with trustworthy reporting, in-depth analysis and engaging opinions. The Post is as much a tech company as it is a media company, combining world-class journalism with the latest technology and tools so readers can interact with The Post anytime, anywhere.